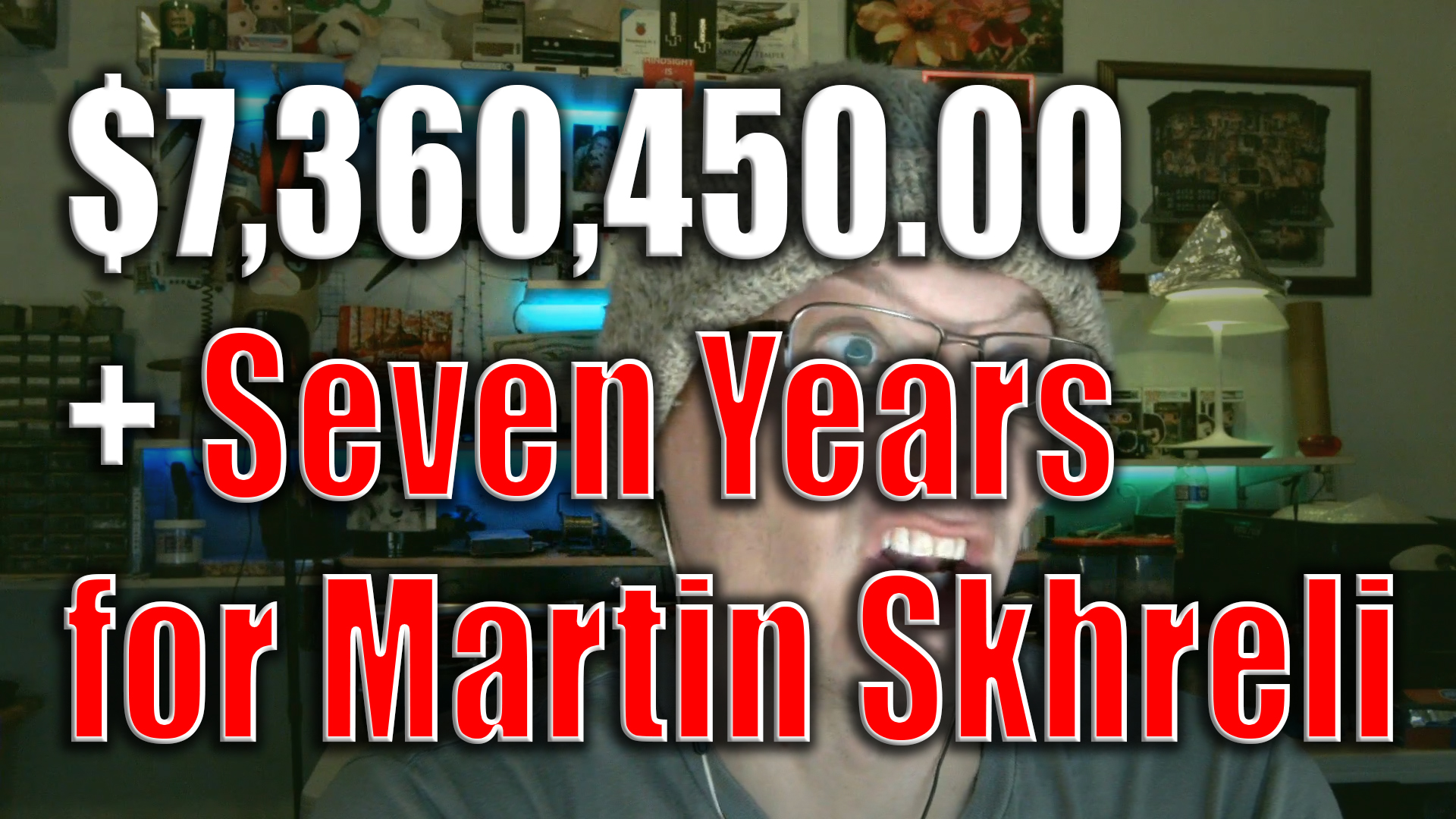 “Pharma Bro” Martin Skhreli was convicted of securities fraud, sentenced to seven years in jail, and ordered to forfeit $7,360,450.00, including his one-of-a-kind Wu-Tang Clan album “Once Upon a Time in Shaolin”.