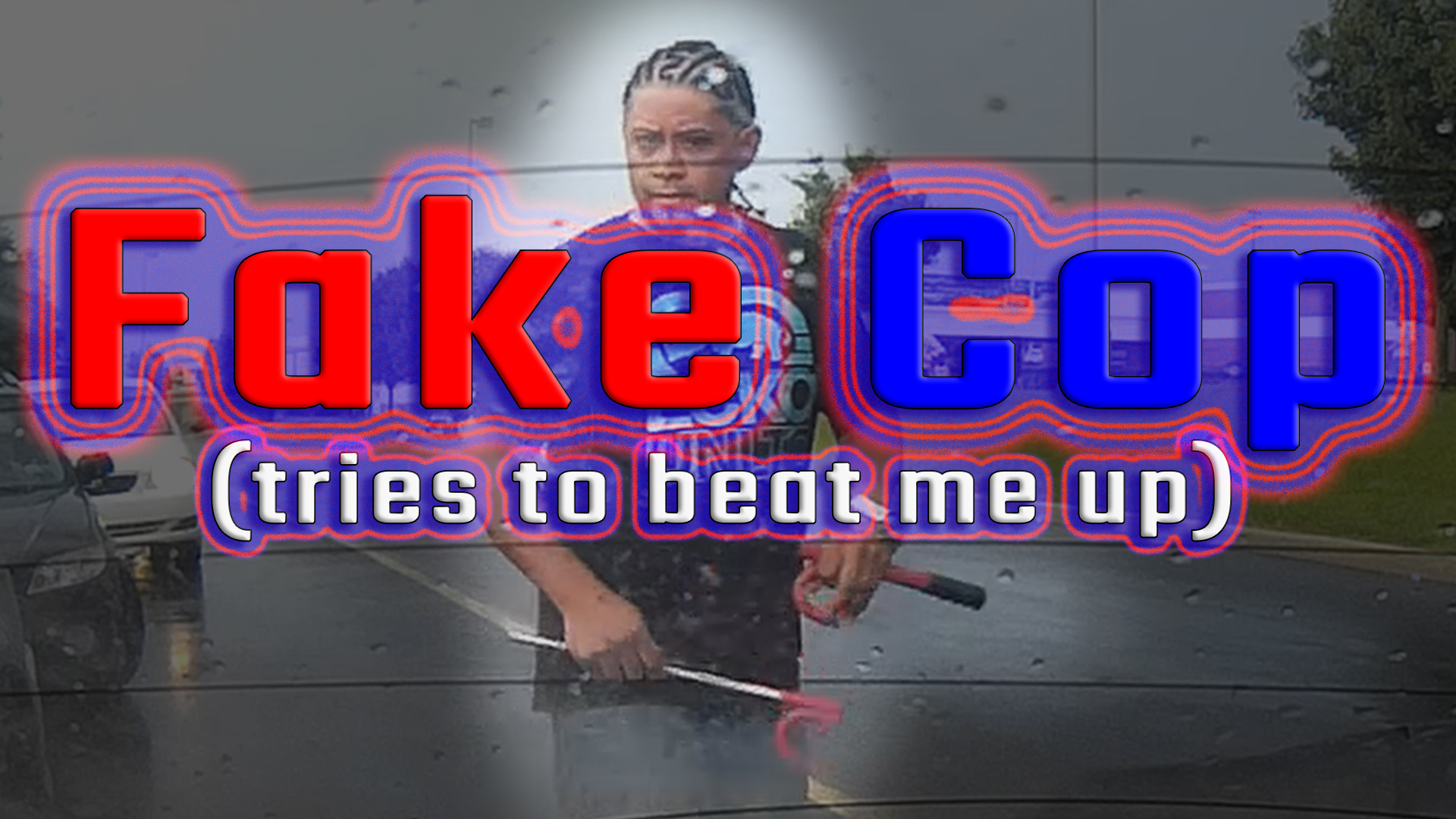 When he lit me up with reds and blues, I genuinely thought I’d done something wrong. Then I noticed the license plate was wrong and the driver wasn’t acting like a cop pulling me over.

I fled, he followed, I called police. He gets out of his car at a stop sign with “the club” and comes up to my window. He may have seen me reaching for my firearm. He walks briskly back to his car and then tries to flee.

I do my best to delay him so the State Trooper can get there. It almost works. He drives right in front of the Trooper but can’t be caught in time.

I went to the State Police barracks and made a full report, including the raw video.

I’ll be updating this story if and when there’s any news on the perpetrator.

The short version, without commentary, is here: